People brought to Jesus a man that they said was possessed with a devil.  Whether there was actually an evil spirit in this man or not, the people believed that the devil was the cause of this man’s troubles.  He was blind and also could not speak.

When Jesus healed this man, he was able to see and also to speak.  The people were so amazed that they wondered and discussed that Jesus was this “Son of David” who prophets had said was to be the Messiah, the Savior of the world.

The Pharisees quickly disagreed and said that Jesus cast out devils, but he did it with the power of Satan.  Jesus helped the people see that what the Pharisees said about Jesus’ power could not be true. Jesus said that Satan would not give anyone power to help destroy Satan’s kingdom.  Satan’s house could not stand if it were divided against itself. Jesus said that the people needed to judge these works, whether he did the work of God. If so, then they should realize that the kingdom of God has come to them and they should listen and follow. 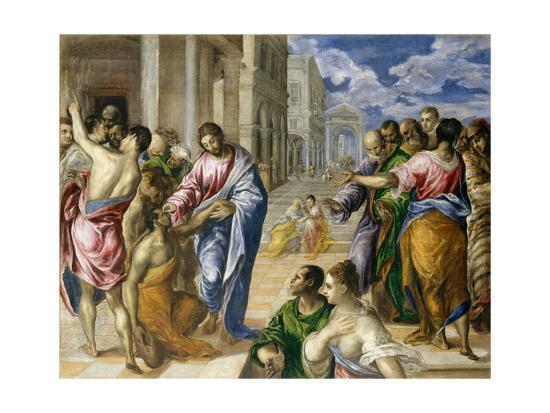 Then some of the scribes and Pharisees said they wanted Jesus to show them a sign that would prove that Jesus worked with the power of God.  He answered their request in a way that also helped Jesus continue teaching the importance of listening and following Jesus.

Jesus said he would not give any sign to them except the sign of the prophet Jonas.

Next:  Jesus Gives the Parable of the Sower