Between the time that Jairus first contacted Jesus and the time that they arrived at Jairus’ house, another wonderful event occured.

Jesus had felt that his power had just been used to help someone.  He wanted to stop and see who it was.

There was a woman who had touched his clothing.  She had been dealing with a bleeding problem for 12 years.  She had thought to herself that if she could only touch Jesus’ clothing, his power not only could heal her, but would heal her.

When Jesus saw her, he said, “Daughter, be of good comfort; thy faith hath made thee whole.”  And she was healed. 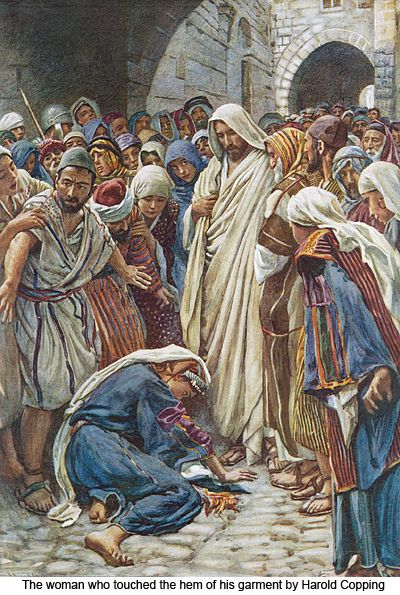 Next:  Jesus Heals Two Blind Men and Many Others