The Wheat and the Tares

In this parable, a man planted wheat in his field, but while he slept, an enemy came and planted tares among the good seeds.  When the plants started to grow, the servants of the man found that there were weeds growing among the wheat.

It is possible that the tares in the story is ryegrass, which looks very much like wheat in the early stages of growth.  It was actually against Roman law to plant ryegrass in someone’s wheat field.

The servants asked the man if they should try to pull out the tares.  He instructed them to leave them for now, because pulling them out now may harm the wheat.  Later, when both were mature, the servants would be able to identify each, gathering the wheat into the barn and also bundling the tares to be burned. 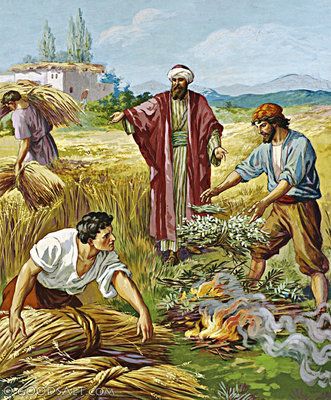 Sometimes Jesus taught his disciples the meaning of his parables.  He did teach the meaning of this one. The field represents the world; the wheat is who Jesus called “the children of the kingdom” and the tares are the “children of the wicked one.”  Jesus taught that at the end of the world, his followers will be saved while the followers of Satan shall be cast away. Jesus said that after they are separated, the righteous will “shine forth as the sun in the kingdom of their Father.”

Jesus taught about the plan to not separate the wicked from the righteous until the end of the world. Why does God allow the wicked and righteous to both be in the world today?

The Grain of Mustard Seed

This parable is very short and simple, with many possible teachings.  The Bible recorded this parable like this:

The kingdom of heaven is like to a grain of mustard seed, which a man took, and sowed in his field:

Which indeed is the least of all seeds: but when it is grown, it is the greatest among herbs, and becometh a tree, so that the birds of the air come and lodge in the branches thereof. 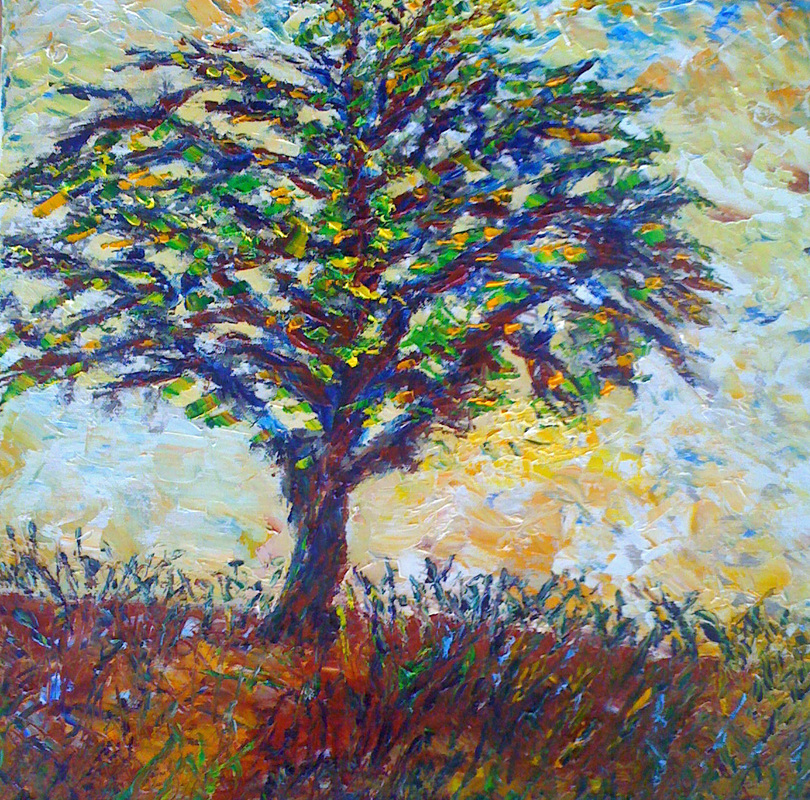 The Mustard Tree by Denise Hoe

One aspect of the kingdom of God that this parable teaches is the way His kingdom is built by the followers of Jesus doing many small, simple things, and not so much by people doing a few great things.

Later, Jesus taught that if we have just a small amount of faith, even as much as a grain of mustard seed, we can see miracles happen.

Jesus wants us to understand the amazing power of small and simple things.

The parable of the leaven is also very short and simple with more than one appropriate meaning:

The kingdom of heaven is like unto leaven, which a woman took, and hid in three measures of meal, till the whole was leavened.

This short parable can be thought of as another example of small and simple things making a big difference.  This parable can also be a way to compare Jesus’ followers to yeast, or leaven: although relatively small compared with the rest of the world, great good can be done by this small group.  The entire world can be better because of a few people doing good.

The two parables of the treasure hidden in the field and the pearl of great price are very similar.

Again, the kingdom of heaven is like unto treasure hid in a field; the which when a man hath found, he hideth, and for joy thereof goeth and selleth all that he hath, and buyeth that field.

Again, the kingdom of heaven is like unto a merchant man, seeking goodly pearls: Who, when he had found one pearl of great price, went and sold all that he had, and bought it.

In both of these parables, Jesus teaches that the gospel of Jesus Christ is more valuable than anything else in the world.  We should not let anything keep us from obtaining all the goodness the gospel can bring to us. Nothing else is as valuable as what Jesus offers us.

Some feel that Jesus was teaching specifically about the value of getting into heaven after we die.  Others feel that because the Kingdom of God on earth is Jesus’ church, we should do all we can now to have the incredible joy Jesus offers in our lives today and then also have the joy of heaven after this life.  If we have found the church of Jesus Christ and believe it to be the Kingdom of God on earth, we would value that beyond anything else in the world.

The Net Cast into the Sea

Again, the kingdom of heaven is like unto a net, that was cast into the sea, and gathered of every kind:  which, when it was full, they drew to shore, and sat down, and gathered the good into vessels, but cast the bad away.

In this parable, it seems that God’s kingdom does gather all it can, of all types of people.  Eventually, those good are kept by the Lord and those bad are not kept.

Previous:  Jesus Gives the Parable of the Sower

Next:  Jesus Feeds the Five Thousand